The Ducati name is now a very well-known and respected brand in any riders’ circle. To date, Ducati has won more than 15 WorldSuperBike Championship titles,  | SuperSport World Championships, 4 FIM SuperStock 100 Championships and many other National Titles around the world! 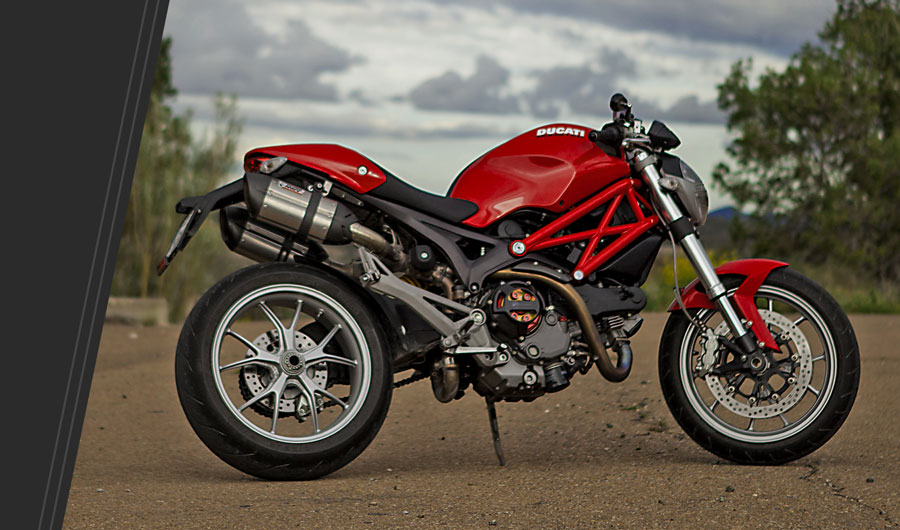 One of the brands which has shared designers with MV Agusta, as well as ground-breaking technology, is Ducati. To know MV Agusta is to respect Ducati and vice-versa. In the Mid Life Cycles circle of clients and friends, many ride these two popular Italian brands and many Ducati service in Melbourne are performed right here at Mid Life Cycles. Below is what we know of the brand and also outlines why we have the utmost respect for the Ducati brand…

…in 1926 Antonio Cavalieri Ducati and his three sons, Adriano, Marcello, and Bruno Cavalieri Ducati; founded Società Scientifica Radio Brevetti Ducati in Bologna to produce vacuum tubes, condensers and other radio components. In 1935 they built a new factory in the Borgo Panigale area of the city. During World War II, despite the Ducati factory being a repeated target of Allied bombing, production continued.

At the same time, in another small firm in Turin, Aldo Farinelli began developing a small pushrod engine for mounting on bicycles. Barely a month after the official liberation of Italy in 1944, Farinelli’s company announced its intention to sell this engine, called the “Cucciolo” (Italian for “puppy,” in reference to the distinctive exhaust sound) to the public. The first Cucciolos were purchased as engine-only, to be mounted on standard bicycles, by the buyer!

In 1950, after more than 200,000 Cucciolos had been sold, the Ducati firm finally offered its own Cucciolo-based motorcycle – the first Ducati motorcycle was a 48 cc bike weighing 98 lb (44 kg) with a top speed of 64 kph.

The Ducati name is now a very well-known and respected brand in any riders’ circle. At the forefront of design, most famously in the hands of Massimo Tamburini in 1994 when they released the 916 – water-cooled for higher performance – new bodywork – single-sided swingarm and the subsequently much copied undertail muffler.

To date, Ducati has won more than 15 WorldSuperBike Championship titles | SuperSport World Championships | 4 FIM SuperStock 100 Championships and many other National Titles around the world!

MotoGP: after a 30 year absence from what’s now known as MotoGP, in 2003 the Ducati name returned… 4 years later, in the hands of one Casey Stoner, they brought the world title back home in destructive fashion by beating some big names along the way.

All models in the Ducati range are serviced right here in Melbourne – contact us.

State of the Art Motorcycle Centre

We service all makes and models of motorcycles. The Mid Life Cycles workshop is equipped with the latest state of the art equipment. Contact Us to book a time for your Motorcycle service.